JANUARY: Leave Myself Behind by Bart Yates 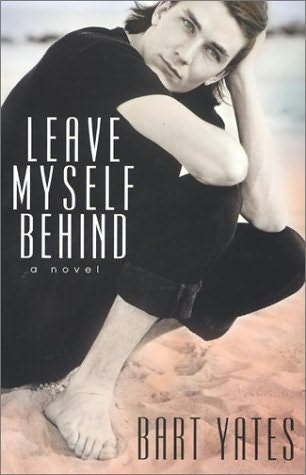 Noah York is a closeted gay teenager with a foul mouth, a critical disposition, and plenty of material for his tirades. After his father dies, Noah’s mother, a temperamental poet, takes a teaching job in a small New Hampshire town, far from Chicago and the only world Noah has known. While Noah gets along reasonably with his mother, the crumbling house they try to renovate quickly reveals dark secrets, via dusty Mason jars they discover interred between walls. The jars contain scraps of letters, poems, and journal entries, and eventually reconstruct a history of pain and violence that drives a sudden wedge between Noah and his mother. Fortunately, Noah finds an unexpected ally in J. D., a teenager down the street who has family troubles of his own. Rape and other physical violence, alcoholism, and incest–the novel describes these abuses in a brutal, matter-of-fact way that may leave some readers uncomfortable. Most of the time, however, Yates effectively captures the honest, sometimes silly, often tender interactions between his fragile characters. James Klise
Copyright © American Library Association. All rights reserved
Published by Kensington
Year of Publication: 2003
Number of Pages: 256 pages