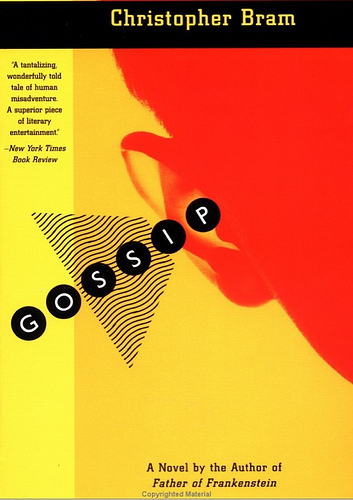 Visiting his friend Nancy in Washington, New Yorker Ralph Eckhart honors a date with a previously cyberspace-only buddy, Bill. The two click sexually and start a long-distance relationship. But Ralph discovers conservative journalist Bill is about to publish a book trashing liberal women in Washington and, in a footnote, alleging a lesbian affair between a speechwriter and a senator–a pair that could only be Nancy and her boss. Ralph tells Bill off, Bill tries to make amends by coming out on national TV, and suddenly Bill is murdered, leaving behind a recorded denunciation by Ralph on his phone answerer. What follows is the stuff of high melodrama, as Ralph becomes an unknowing pawn in nasty political games in which, Ralph learns, gay liberal friends have used him even more callously than have evil conservatives. With a cast full of credibly conflicted characters and his smoothest writing to date, Bram’s ethical thriller is a powerful, compelling performance. (from Booklist)
Published by Plume
Year of Publication: 1998
Number of Pages: 352 pages