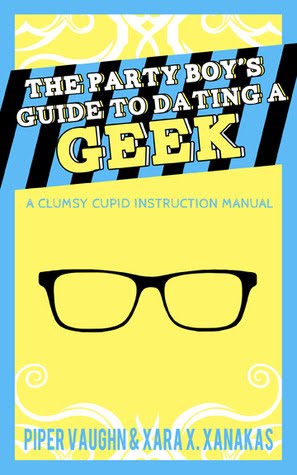 Ashley Byrne only wants one thing in life: to finish his tattoo apprenticeship and fulfill his dream of owning his own shop. In the meantime, he spends his nights partying, flirting, and having sex. After all, what else is there for him to worry about? Aside from his hair and his clothes, not much. He's hot, and rest assured no one knows it better than him. He's also used to getting what he wants-until he meets Felipe Navarro. Fee Navarro has everything he needs: a great IT job, a nice apartment, and all the high-tech toys his geeky heart could ever want. He doesn't do casual, and he knows guys like Ash are nothing but. Ash may burn hot for Fee, but Fee isn't willing to take a chance on a vain, little party boy with too many tats and an oversized ego. He wants someone to share his life with, and he won't settle for anything less. Too bad Ash has never been the type to give up easily. He has a plan, and he's not stopping until he proves he's more than just a pretty face-he's someone worthy of winning Fee's heart.


Published by: Less Than Three Press
Year of Publication: 2012
Number of Pages: 274

Posted by Unknown at 6:55 PM No comments: