JANUARY: Prove It by Chris Owen 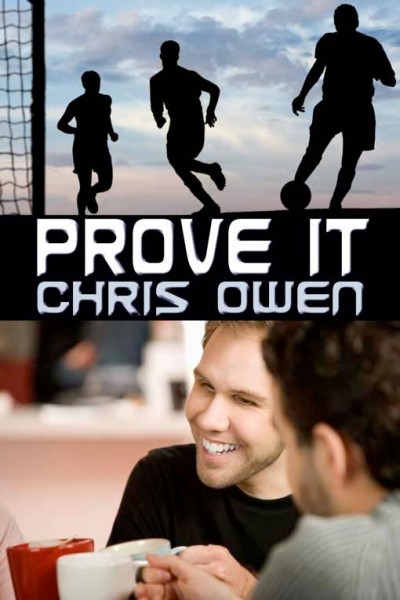 Warren and Silas meet for the first time at the age of five. It doesn’t go well. When they reach junior high they have a truce in place and Tal, a new guy in their class, acts as a catalyst, bringing them together as best friends. Together all through high school they survive school plays, Tal’s girlfriends, Silas’ boyfriend, and Warren’s endless studying. College is more of the same, until Silas and Tal coax Warren out of the closet. For Warren nothing changes, but for Silas the world has unexpectedly changed forever. He had no idea he was in love with his best friend at all, and when he finally tells Warren the reaction is another surprise. Prove it. Warren knows all about Silas, knows the tricks, the games, the very best and the very worst about him, and Warren loves him back. But Warren also knows that if they’re going to be together it’s got to be forever, and he can’t just risk everything for what might be another one of Silas’ whims. Silas has to prove he loves Warren, and he wants to do just that. But how do you win the heart of someone who knows you better than anyone else?
Published by: Torquere Press
Year of Publication: 2011
Number of pages: 186